The agreement represents a breakthrough for Hitachi ABB Power Grids' entry into the offshore wind market in Taiwan. The business has established a local partnership to supply key components for the production of the specialist WindSTAR transformers.

The transformers will be used in the country's fast-growing offshore wind electricity generation sector, which expects 5.5 gigawatts (GW) of new offshore wind power by 2025. Just one GW of offshore wind has the potential to provide clean, renewable energy to 320,000 people, based on Taiwan's electricity consumption per capita.*1

"Our partnership with MHI Vestas and local manufacturers in Taiwan is part of our goal of enabling a cleaner energy system that will significantly benefit local communities," said Bruno Melles, Managing Director of the Transformers business unit in Hitachi ABB Power Grids. "Hitachi ABB Power Grids is committed to building global partnerships, which support our commitment to affordable and clean energy for all."

"These high-voltage transformers are vital to ensuring that maximum electricity output reaches end consumers in Taiwan and to driving down the levelised cost of energy," said Maida Zahirovic, MHI Vestas Taiwan Business Director. "The collaboration between Hitachi ABB Power Grids and their local suppliers, Shihlin Electric & Engineering Corporation means that localisation of key offshore wind technologies continues alongside world-class production of transformers. We have worked hard to deliver the world's most ambitious offshore wind localisation scope in Taiwan, and this purchase agreement is another key achievement for Taiwan's local supply chain."

Taiwan currently has 14 offshore wind projects under construction, in development or in planning. One of the first, which will be utilizing the WindSTAR transformers, is the 589 megawatt Changfang and Xidao project, which is developed and owned by Copenhagen Infrastructure Partners (CIP). The windfarm will be in the Taiwan Strait - around 11 kilometers off the coast of the Fangyuan Township in Changhua County, Central Taiwan.*2

Over a century of pioneering transformers and proven partnerships

Hitachi ABB Power Grids has been pioneering transformer technology for over a century, collaborating globally to set technical standards and protocols. Since the establishment of Hitachi ABB Power Grids on July 1 2020, the business is now leveraging Hitachi's proven record in advanced digital technologies and is well-placed to create sustainable value through intelligent solutions for electricity networks.

The world-class WindSTAR power transformers are designed to fit inside the wind turbine and can withstand strong vibrations, sudden movements and variable electrical loading, typical of wind power. This lightweight transformer is energy efficient and made with biodegradable and safe ester insulation fluid.

Hitachi ABB Power Grids has grown a long and successful partnership with MHI Vestas Offshore Wind to supply millions of people with clean energy. The business has won several orders for similar WindSTAR transformers for important offshore wind projects including: Triton Knoll Offshore Windfarm, UK; Moray East, Scotland; Borssele 3 & 4 windfarms, the Netherlands; and Windfloat Atlantic in Portugal. The latter is a floating, offshore wind project, comprising the world's largest and most powerful wind turbines ever installed on a floating foundation. 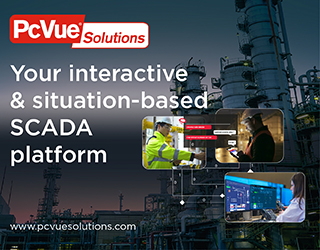